The oldest record of bells in the tower is an inventory of 25th May 1553 when there were five bells, the tenor being 1.09m (43 inches) diameter. However none of these bells have survived as the oldest of the present ring of six was cast in 1640 by J. Finch of Hereford. 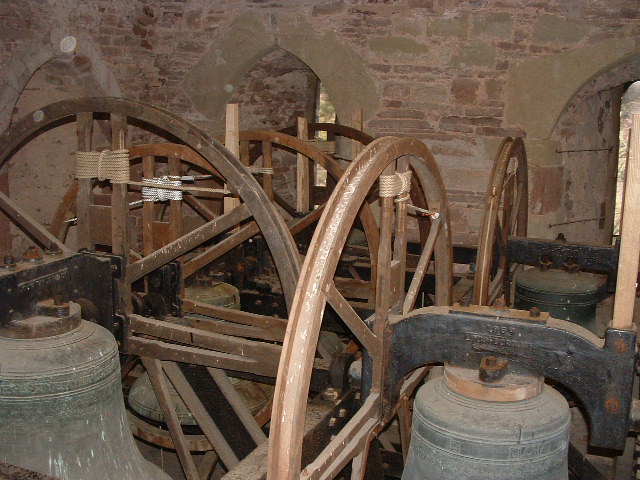 The bells are hung in a steel frame installed in 1937 by Mears and Stainbank of London and were refitted in 1951 and 1959 by John Taylor of Loughborough.

The details of the bells are as follows, the weights being shown in cwt. qr. and lb, and in kilogrammes.