The Clock face is situated in the South wall of the tower in the middle storey. The mechanism is situated immediately behind the clock face.

The late Vicar, the Rev. J.E. Cheese, presented it to the parish in Advent 1878. A brass plaque in the south aisle, near the font, records the gift. He was vicar from 1866 until 1879, immediately prior to the Rev. Samuel Bentley, who wrote ‘History and Description of the Parish of Bosbury’, published in 1891, in which the clock is mentioned. 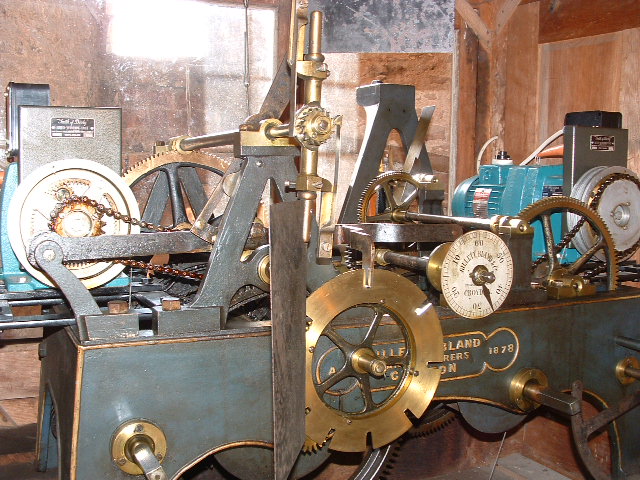 The current clock mechanism, dated 1878, was installed by Gillett and Bland, Steam Works, Croydon. The double three leg gravity escapement was designed by Edmund Beckett Denison later to become Lord Grimthorpe and earlier used in Big Ben. Lord Grimthorpe was an architect with an interest in clock mechanisms and often visited Mr Joyce, whose present day successors, J.B. Joyce, Whitchurch, Salop service the clock annually to this day. J.B. Joyce is a subsidiary of Smiths of Derby, who installed the electric auto winding mechanism , dated 1978. Until the 1970s, the weights were wound up by hand weekly, there being two weights , one for the clock and one for the hour strike.

The length of the pendulum is 142cm approximately and the attached lead weight is 17.8cm diameter, 34.3cm long and weighs nearly 2cwt. 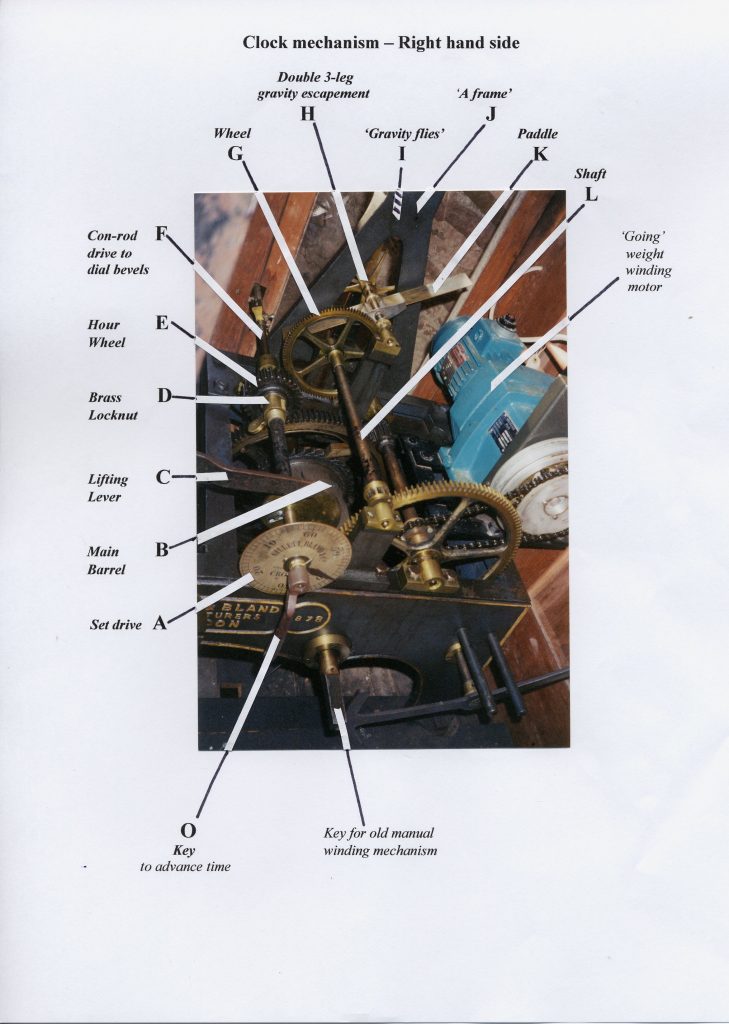 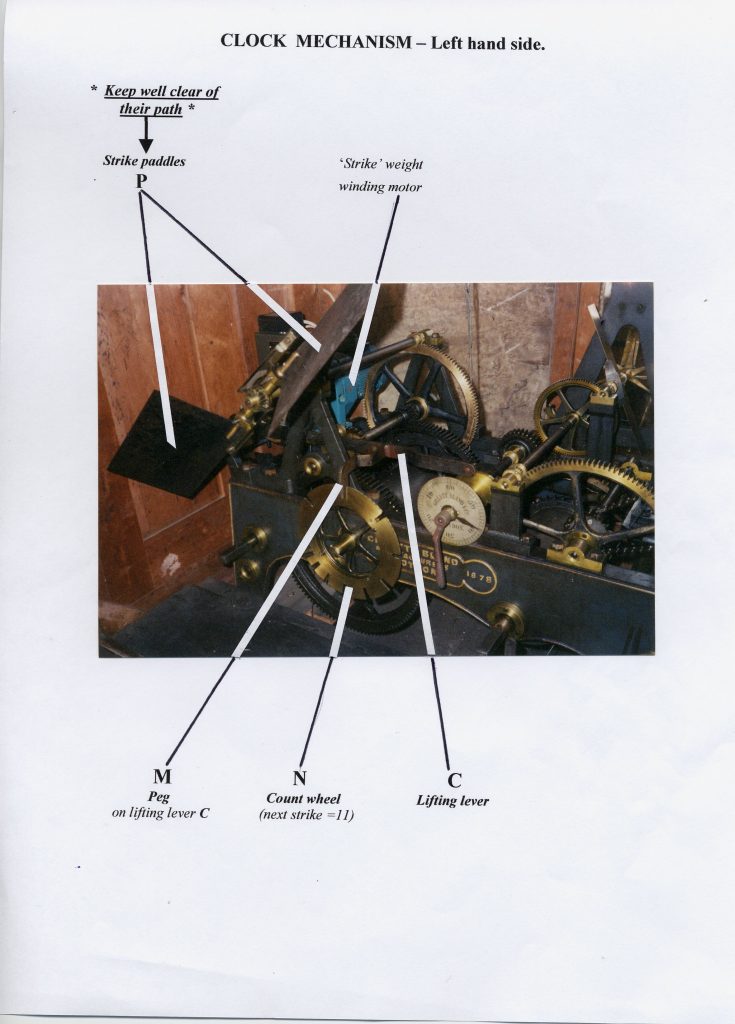